Searching through an array of TV stand sizes doesn’t have to feel tricky. These tips make it easy to set up the perfect entertainment center, so that you can sit back, relax and enjoy the show – no matter what screen it’s playing on!

Understanding the Actual Size of Your TV

Did you know that a television’s advertised size does not accurately reflect how much space it actually takes up? This is because a television’s dimensions are taken from diagonal measurements (instead of horizontal). If, for example, you see a television that is advertised as a ’50-inch TV,’ what the advertisement is actually saying is that the television screen is 50 inches from the left corner to the top right.

Does this make sense so far? Good – because it’s about to get a bit more complicated. A television’s advertised (diagonal) dimensions only account for the screen. In other words, the ’50 inches’ of a 50-inch TV does not include the frame around the screen (also known as the bezel).

All of this makes trying to figure out the best TV stand size for your TV a bit tricky – and while the easiest solution would be to get TV manufacturers to just advertise the actual size of their TVs, it doesn’t seem like that’s going to happen any time soon. Luckily, taking matters into your own hands doesn’t have to be complicated.

Step 1: Find the Actual Width of a TV

Finding the best TV stand size is all about figuring out the width of your TV. To do that, use a measuring tape to measure the full width of your TV – from the left edge of the frame to the right. Write it down, and remember it when it comes time to shop for a stand! Note, too, that if you don’t have a measuring tape or other measuring tool on hand, you can also call the manufacturer or look up the full product details on the manufacturer’s website.

Remember: finding the right size stand for your TV is not just about aesthetics. Placing an oversized TV on a stand that is the same size or smaller than the TV’s frame can pose a serious safety risk. 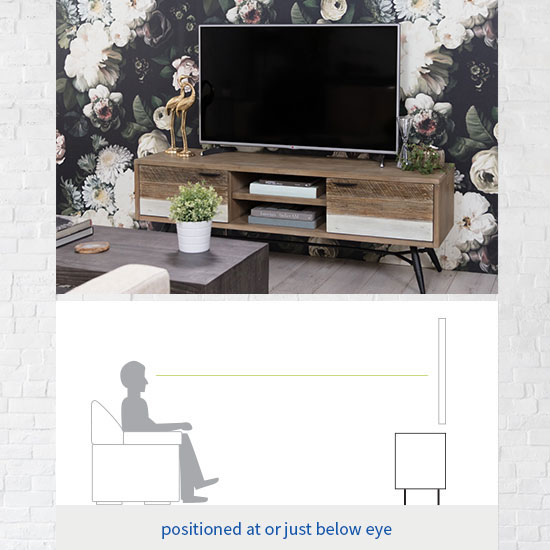 It is a general rule of thumb that the center of your screen should be positioned at or just below eye level. Ensuring that your TV is kept at a comfortable position involves some simple math: Measure the distance from the floor to the average sightline of viewers in your household, and subtract half of the TV’s height. The perfect height for your TV stand will fall within an inch or two of the difference. 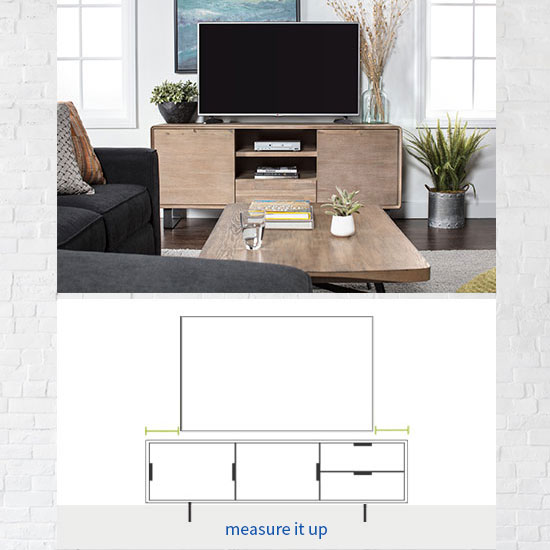 Because TVs are measured diagonally and TV consoles are measured horizontally, be sure to record and consider the width of your screen when choosing your console. We recommend getting a console that is at least a few inches wider than your TV.

Expert Tip: The recommended TV viewing distance is about double your screen size. For example, if you have a 54-inch TV, place the TV and stand at least 108 inches from the viewing area.

Please note that because the size of the frame around the TV screen varies from manufacturer to manufacturer, the above chart is meant to be taken only as a general recommendation and not a strict guideline. Always use sound judgment when arranging TVs, TV stands and other heavy furniture items!

Featuring sleek built-in drawers, shelving and compartments, large TV stands bring a stunning way to showcase your style and conceal wires and cords – all while supporting your TV.

Medium TV stands offer just the right amount of surface area and storage capabilities, making it easy to elevate the height and style of your TV – no matter the size of your space. 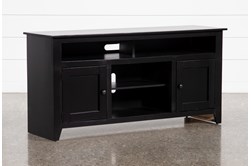 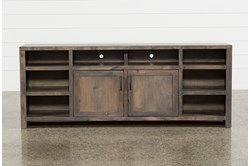 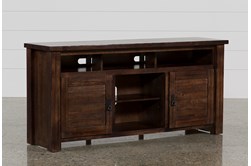 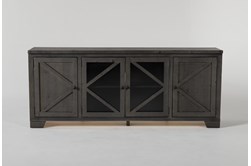 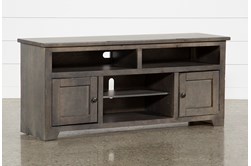 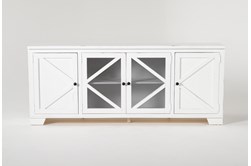 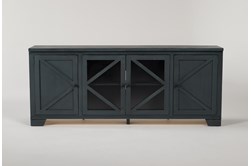 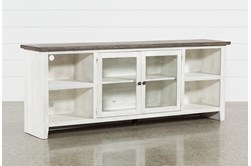 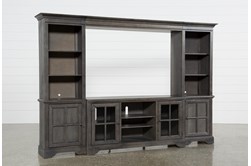 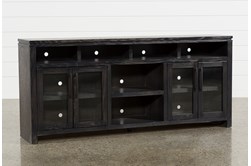 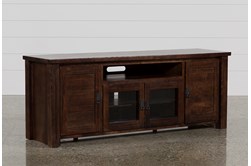 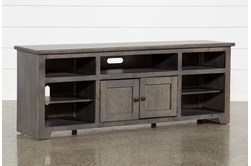 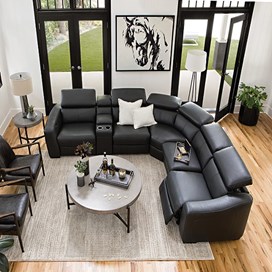 Guides 7 High-Tech Features You Want in Your Smart Furniture 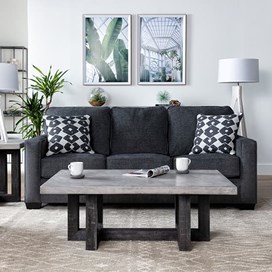 How Tos How to Decorate Your Living Room: The 5 Essentials 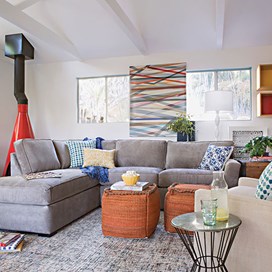 Shopping Basics What Are My Furniture Pick-Up Options? 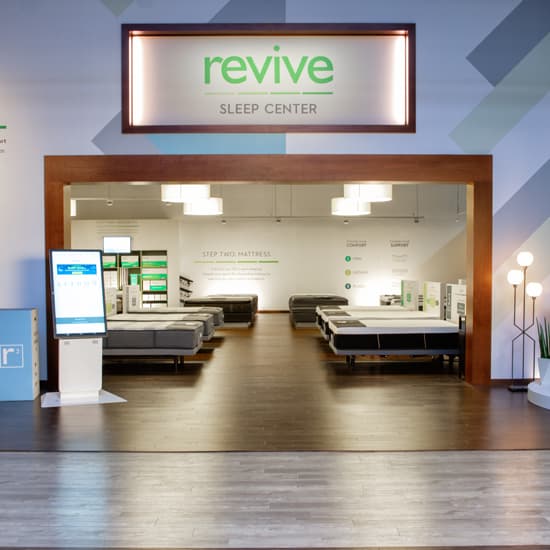 How Tos How to Store a Mattress: A Quick Guide 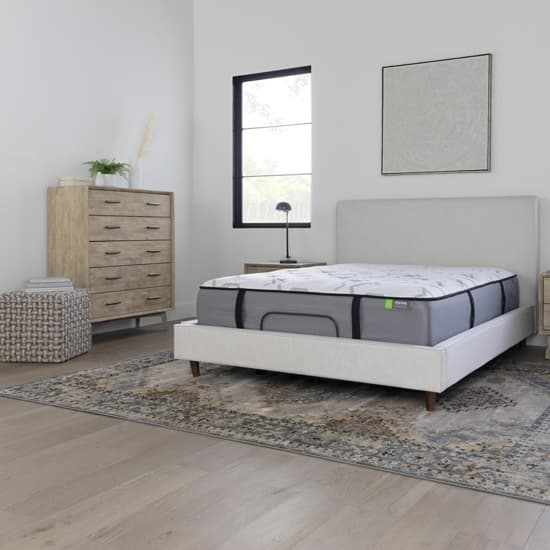 Guides What Is a Gel Mattress? 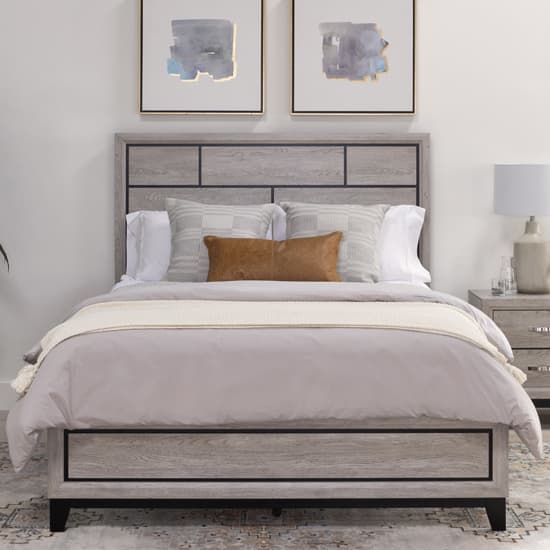 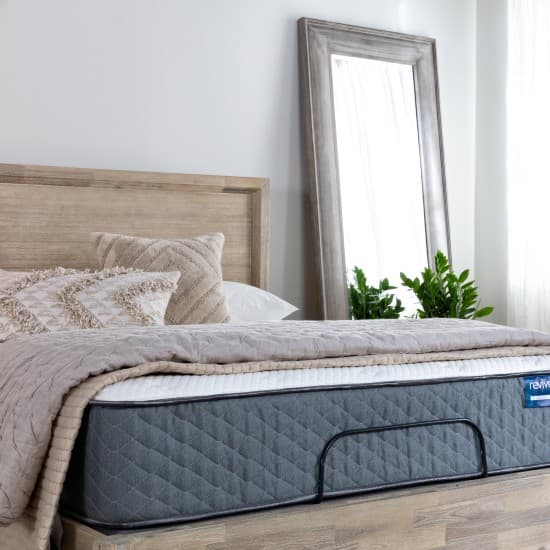 Guides How Often Should You Flip or Rotate Your Mattress? A Quick Guide

Editorial Disclaimer: Articles featuring tips and advice are intended for educational purposes and only as general recommendations. Always practice personal discretion when using and caring for furniture, decor and related items.